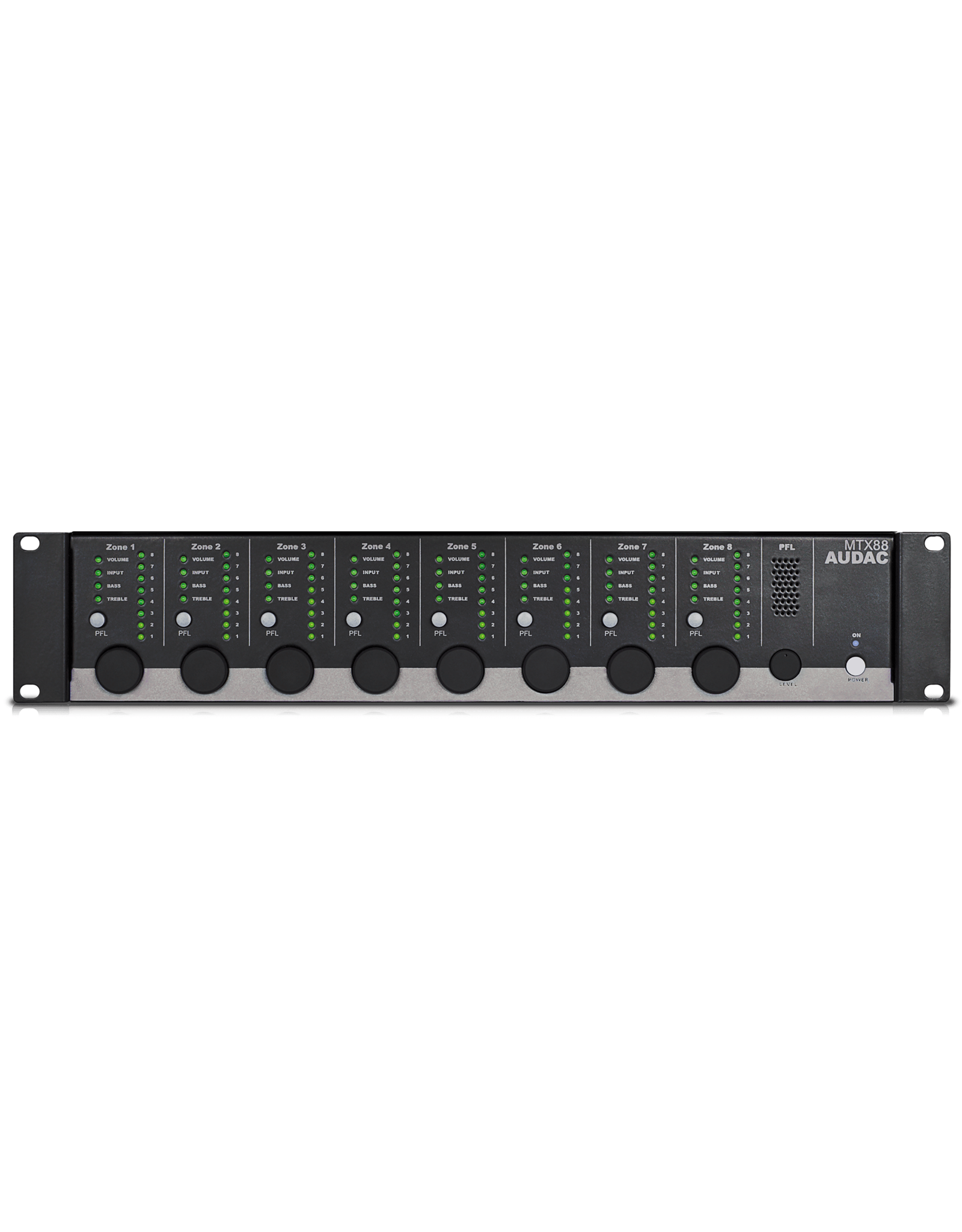 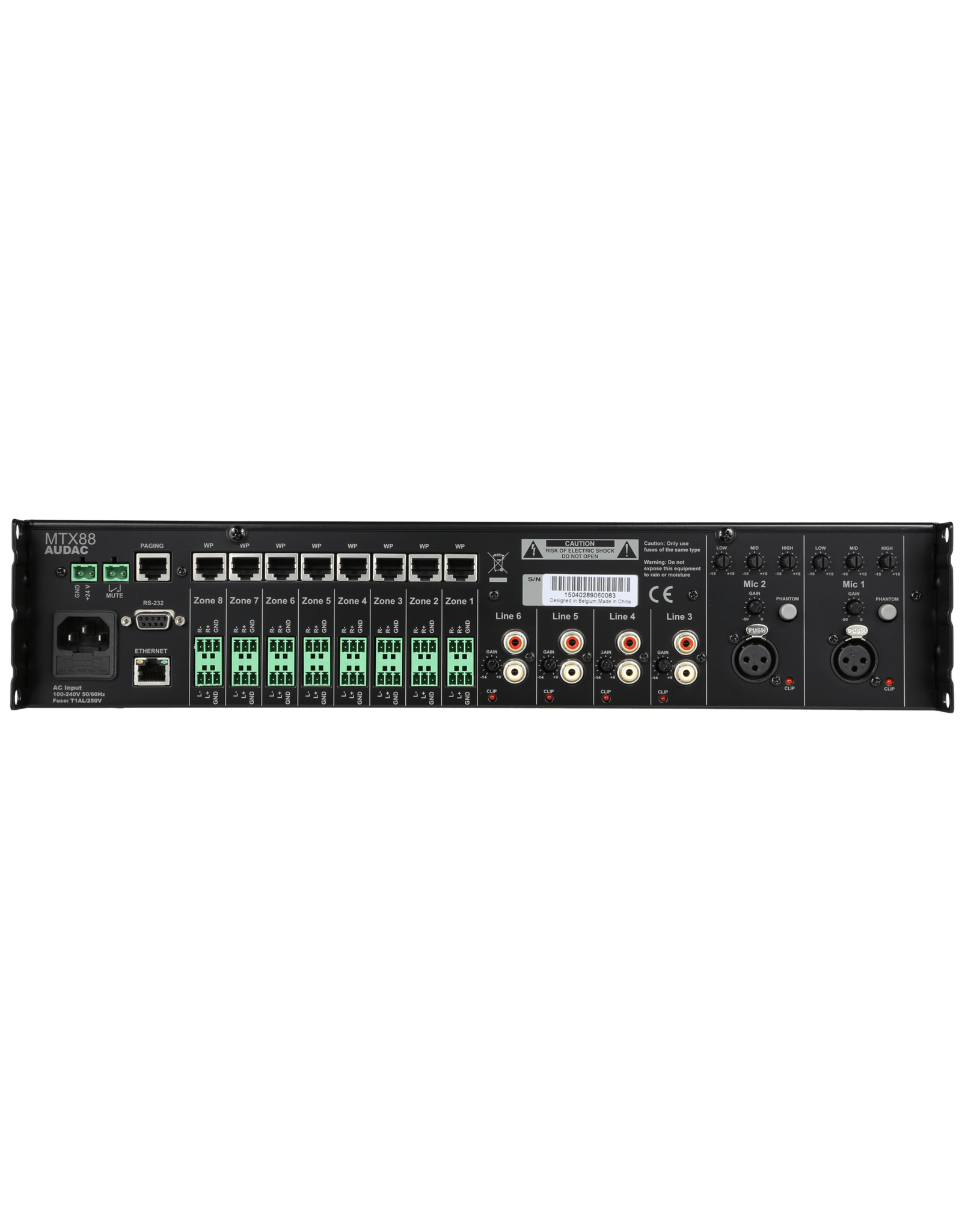 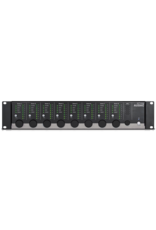 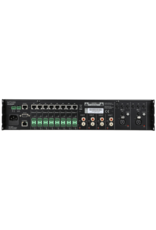 The MTX88 is the eight-zone version of the MTX series, containing two balanced microphone inputs with priority function, phantom power possibility and three-band tone control. Four stereo line-level inputs are provided where to any line-level music source such as a CD-player, Tuner or MP3 player, ... can be connected. The other two inputs of the matrix are the additional wall panel inputs for both line and microphone signals. The MTX can be controlled by means of additional control panels, its fully functional web based interface or the iPhone/ iPad Remote app. The RS232 port makes the MTX compatible with any home & industrial automation systems supporting RS232. The front panel of the MTX shows a rotary button per zone with indication LEDs for accessing controls and settings. A built-in PFL loudspeaker makes it possible to pre-listen every channel without the need for a headphone. The balanced line-level zone output connections are performed using 3-pin Euro-terminal block connectors, each of them accompanied with an RJ45 connector for connecting additional wall panels for that zone. A 24 volts power connection makes it possible to keep the MTX running on emergency power, even if the main power is shut down.